Why NOAA Radio Are Necessary During Hurricane Season

NOAA radio may be useful than ever during the hurricane seasons

NOAA radio may be useful than ever during the hurricane seasons. Meteorologists with the Colorado State University’s  Tropical Meteorology Project have released their outlook for 2020, and they expect more storms than normal. The group is forecasting 16 named storms. Eight of them becoming hurricanes (sustained winds of at least 74 mph) and four becoming major hurricanes.

A major hurricane is one that ranks as a Category 3 or higher on the Saffir-Simpson scale, with winds of 111 mph or greater. This forecast is above the 30-year average (1981 through 2010) of 12 named storms, six hurricanes and three major hurricanes.

Then you can use our RT16 NOAA radio to accept the emergency information from your local weather FM. 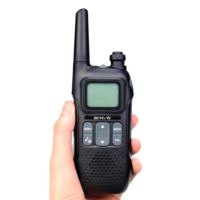 Get ahead of the storms is the best way for everyone, especially for coastal residents, to better respond to recovery and rebuilding.

According to the Colorado State forecasters, there is a 69% probability that a major hurricane will strike the continental U.S. coastline this season. This compares to 52% average probability in the 20th century. Also, there is a 45% chance of a major hurricane making landfall along the East Coast and a 44% probability along the Gulf Coast. So, when you listen to the hurricanes information before it launches from RT41, you should embark at the first moment.

listen to local news and weather reports for any potential hurricane watches and warnings in your area. It will give you enough time to prepare and to have an emergency plan in place.

stay informed by listening to the latest warning and advisories. Turn in to the radio or local news channel. It may work to protect everything on your property that can be blown around and torn loose by hurricanes.

Retevis also has other NOAA radio models to meet your need: 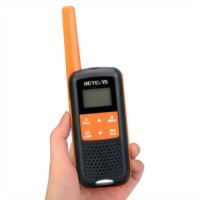 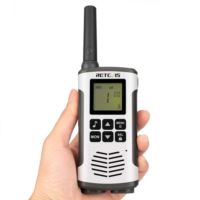 If any question, please feel free to contact us by email: partner@Retevis.com

Retevis, a well-known Two-way Radio Brand , and second only to Motorola and Hytera , Committed to the production and development of digital radio, analog radio, and walkie talkie accessories customized services . especially for develop new and strong digital radio for Amateur radio operator (HAM). Our team humbly accept and respect every customer suggestion , put your ideas into reality is our Goal !